What does one need after finishing the Timberline Trail around Mount Hood? Exactly, a new challenge.

Usually permits to climb Mount Saint Helens are sold out months before and they are limited to 100 per day. But through a lucky coincidence David and myself got two permits which allowed us to summit Mount Saint Helens on the 16. September.

After a rather long drive to Cougar, where we picked up our permits at the Mount Saint Helens Institute, we started around 10:00 am.

According to other reports and some National Forest Rangers you should at least plan 7 hours to climb up and down the 2.549 m summit. Most people do it in about 9-10 hours. Since we wanted to get back to our bunkhouses early, we decided to push a bit.

The first 3 kilometers lead through forest, you then reach the timberline and the steep ascent begins. The middle third of the almost 1.500 m climb is mostly boulder hoping and you definitely want to use your hands. The last 400 m are characterized by steep, sandy slopes. Take one step up and glide two back. Using poles helps! 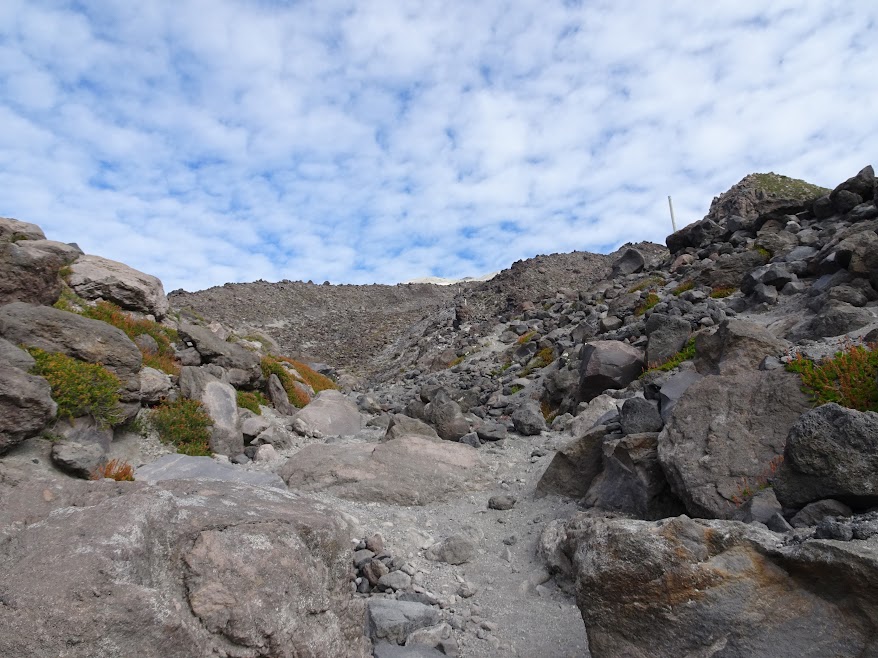 The climb begins after you reach the timberline 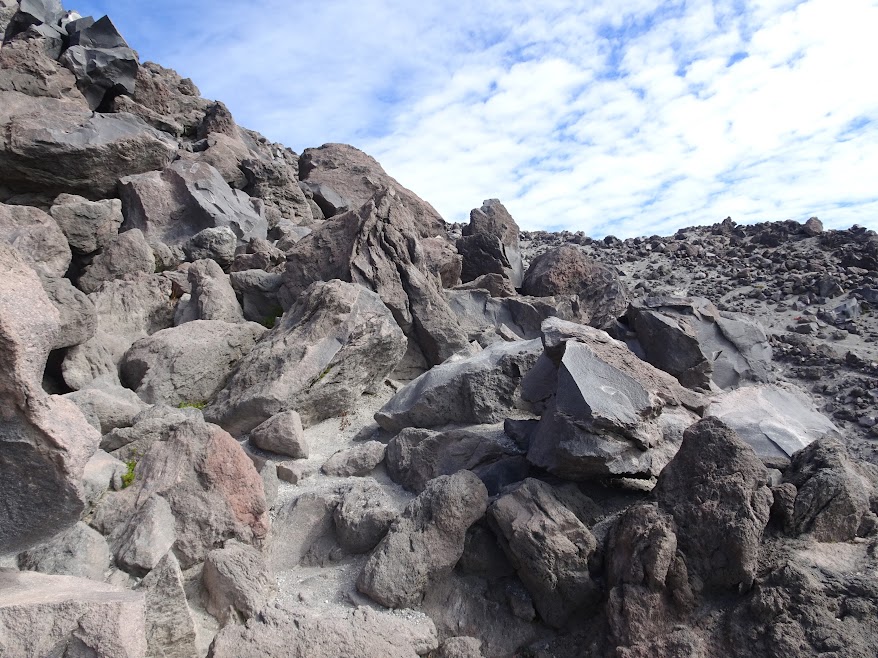 Some parts need your hands to hoover trough sharp rocks 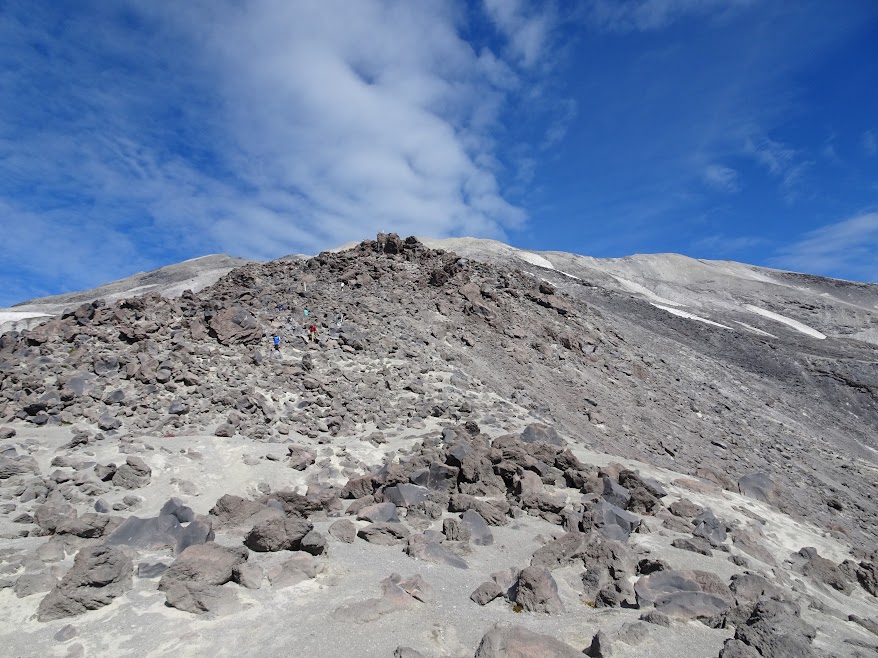 We pushed ourselfs close to our limits and felt the followups of our last two days hiking the Timberline Trail. However we reached the summit of the crater exactly 3 hours after we started our attempt.

The weather was just perfect with a clear blue sky and just a light breeze. We catched glimpses of Mount Rainier, Mount Hood and Mount Adams in the distance. We even could see Mount Jefferson from up there. All those huge volcanos of the Cascade Range boasted with there beauty. Beneath us lay the epic crater of Mount Saint Helens with sharp edges falling down. Spirit Lake with thousands of dead threes completed the majestic landscape. 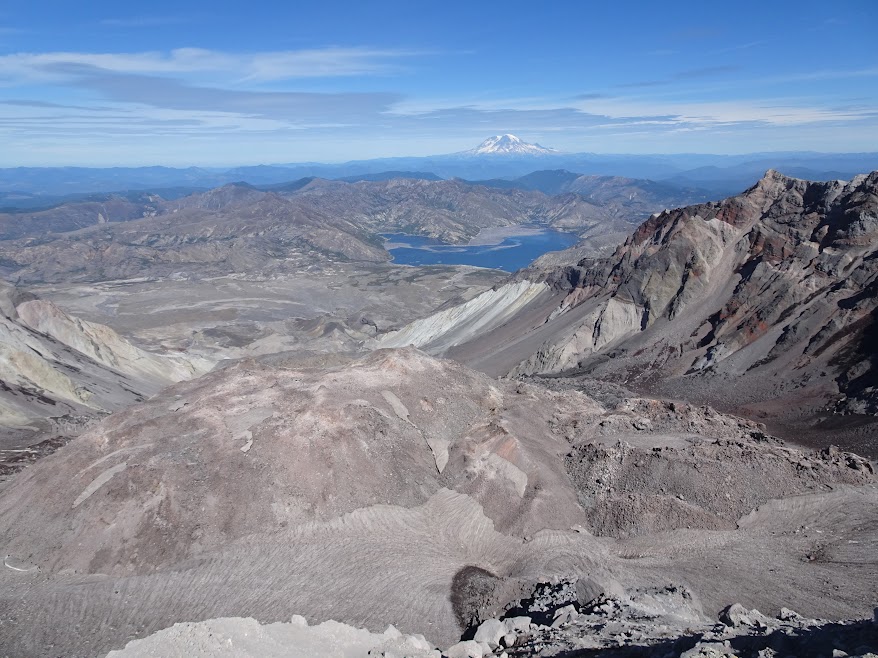 The crater, Spirit Lake and Mount Rainier in the distance 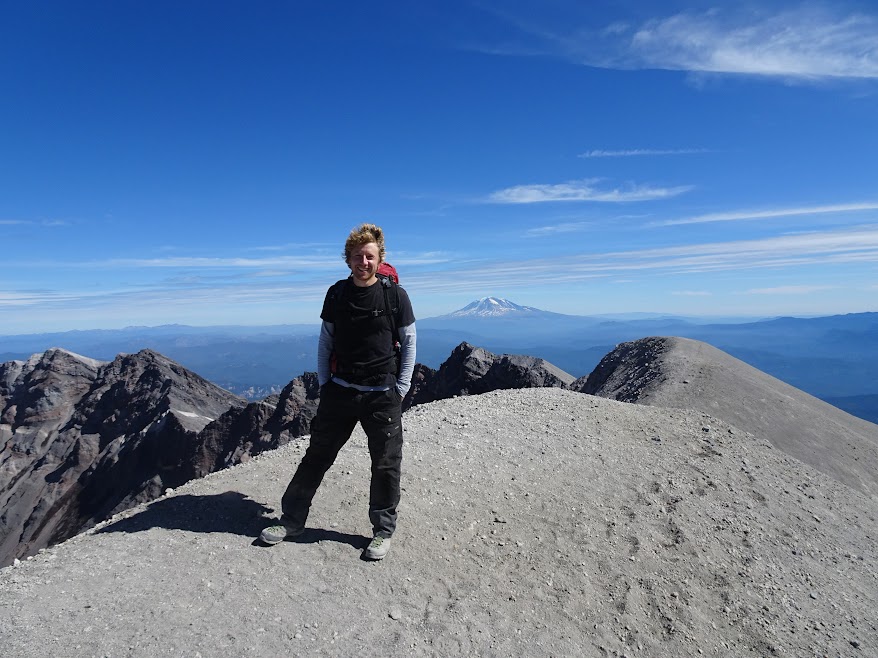 It was David’s birthday by the way! Can there be a better present?! 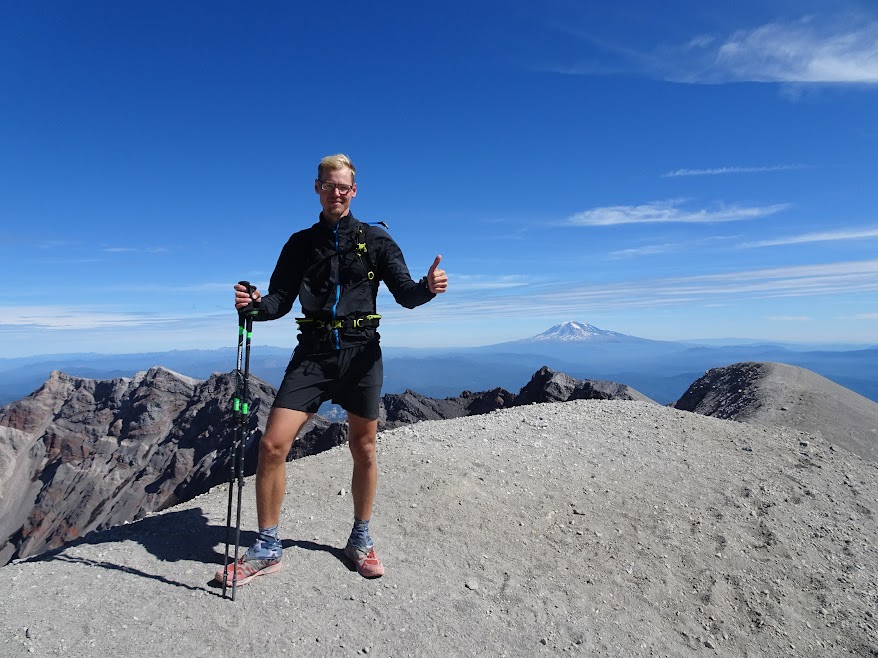 At the top with Mount Adams in the distance

Mount Saint Helens, which earned world fame through his 1980s blast, is just perfect in every way. We are really thankful that it shared so many moments with us, during our time in the Pacific Northwest.

[…] we decided that we are going to climb Mount Saint Helens. […]