All things come to an end! Even my 3 months in the US didn’t last forever.

I spent the last week of my internship in a new forest, the Willamette National Forest. While the fall weather showed a grim face, with rain, snow and low temperatures I was lucky enough to hike the South Sister (3.159m) on probably the last day in 2016 without snowcover on her slopes.

On 1. October I drove from McKenzie Bridge (where I lived in a Forest Service bunkhouse during my days in Willamette National Forest), over the old McKenzie Pass and the city Bend towards Devil’s Lake where I started my roughly 1.500 meter ascent. 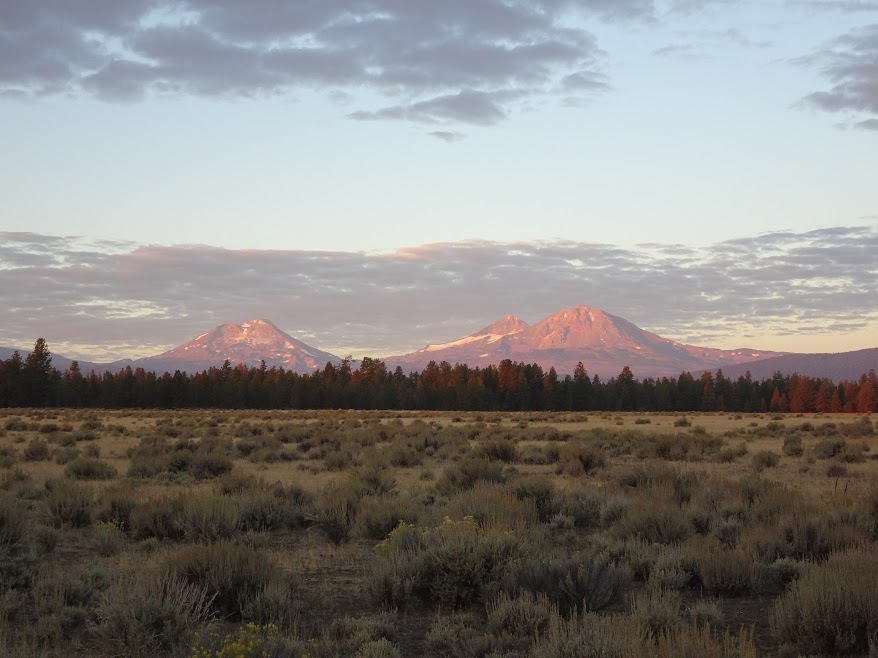 Three Sisters in the morning (South Sister is far left)

Weather was fabulous that day and the scenery was quite pristine. While summiting the South Sister can be very crowded during peak season, not many fellow hikers took their opportunity and used the almost excellent conditions that day (even tough I have to admit that it was very windy and the temperatures were low at the summit!).

South Sister looks sooo close, but it is still a piece of work

The soft, ashy surface and my quick approach made the last 500 m elevation gain a bit more challenging than I expected. Eventough I reached the top crater after 2:30h. I quickly wraped myself into all the layers I carried that day after reaching the summit, temperature was slightly below freezing and windchill was far worse. I didn’t spend much time up there since I felt that I got a bit hypothermic. Maybe that was also the reason why the first 500 m of descent were a pain, I had to concentrate more than usual not to slip on the ashy ground. 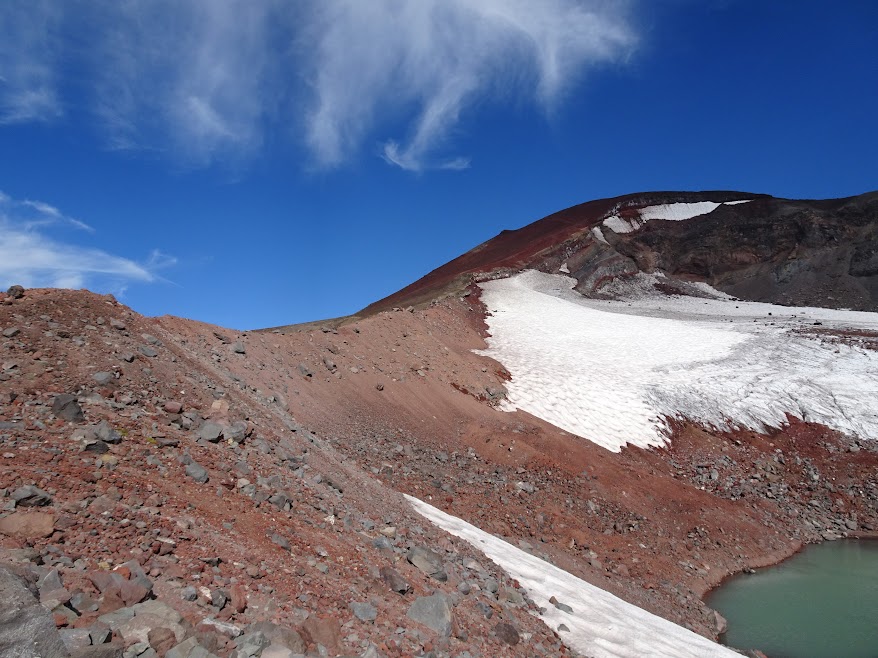 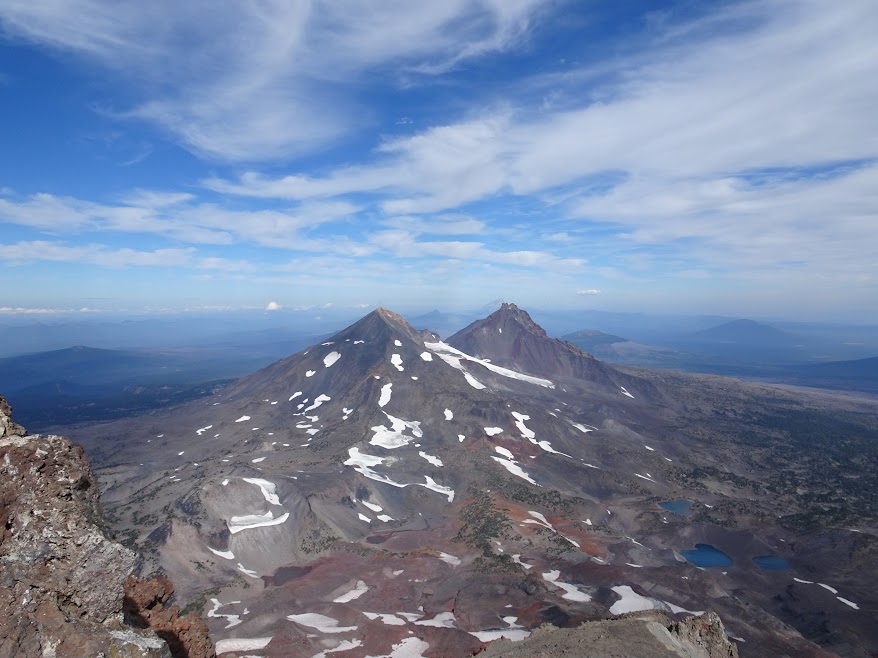 Which Sister is more beautiful? Middle and North Sister seen from the summit.

South Sister is a fascinating mountain with a spectacular view and I am pleased that I had the opportunity to climb her on my last major dayhike in the US in 2016. 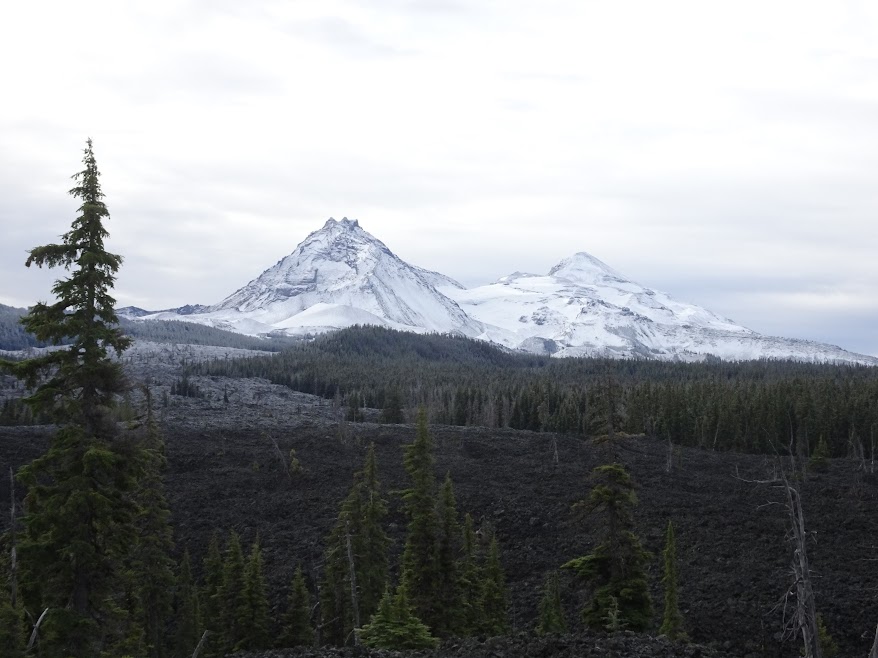 North and Middle Sister two days after I summited

A view from Mt. Jefferson? – Winter is coming!

On my very last days I wanted to see Mt. Jefferson. Since climbing Mt. Jefferson is technical, I wanted to see him up close from Jefferson Park. Weather forecast was bad, but since I drove by after one of my last shifts anyway I hoped that I will be lucky and get a glimpse. But hey! You can’t be lucky all summer long! Instead of fancy views, singing birds and warm sunbeams, I got clouds, rain, and even some snowflakes. To make the long story short, just a quick impression: 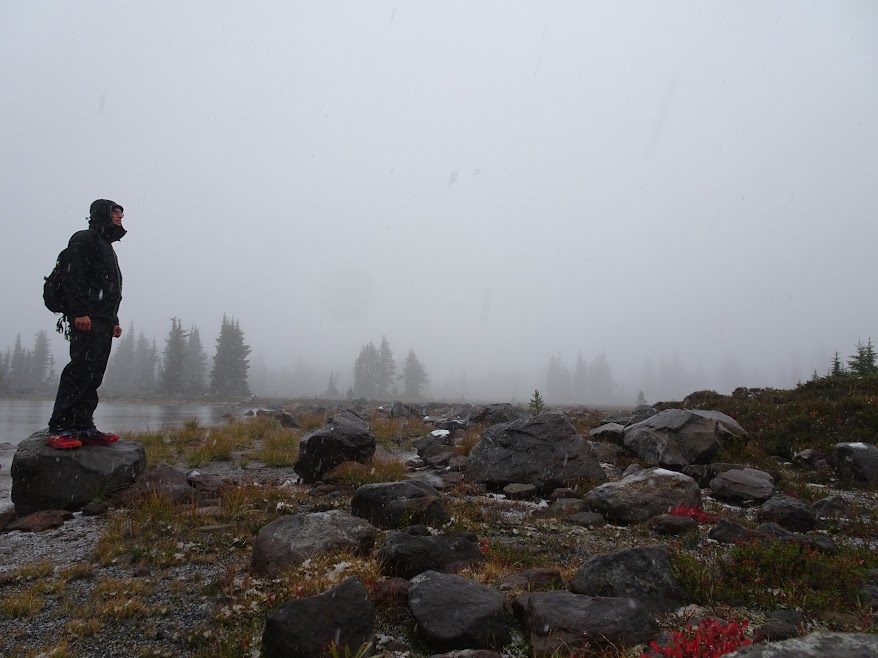 Since all my workmates and friends will part after the internship n the US, we planed to reunite one last time. What better place than Crater Lake Nationalpark? Rain and low temperatures devastated our group camping plans and we all met at a motel where we had booked some rooms. The plan was to visit Crater Lake National Park on the next day. Again long story short: winter is here! Right time to end our stay here in the Pacific Northwest… 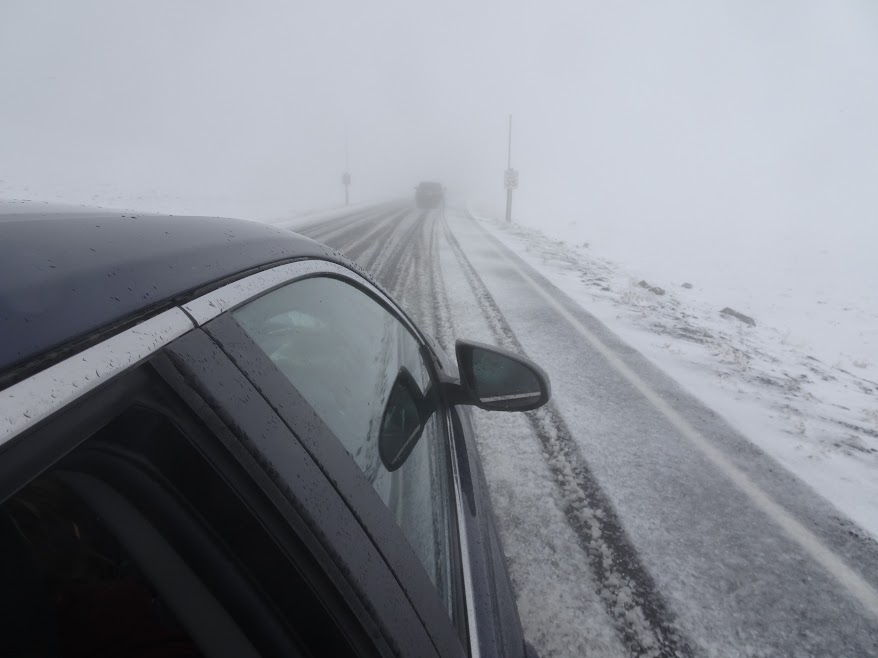 On our way to Crater Lake National Park 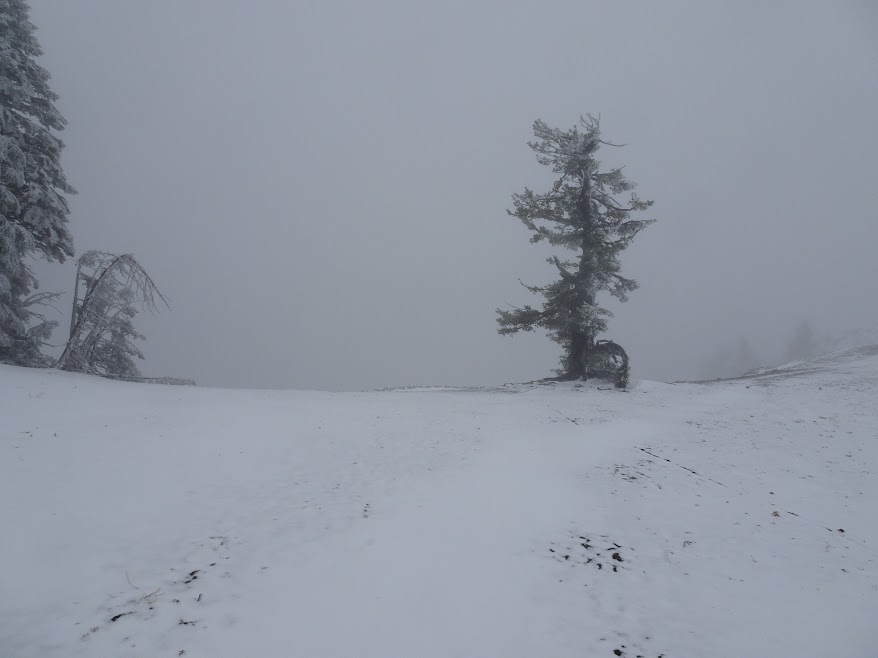 Isn’t Crater Lake beautiful? – Hmmm… I don’t know (but I guess it is)!

Eventough the weather could have been better in the last few days and weeks, my summer in the Pacific Northwest was awesome, not more words needed! My 3 day stopover in Los Angeles, before my flight back home to Austria, made me wear T-Shirts again at least 🙂

Look out for new adventures to come… I am flying to Kuala Lumpur on 6. November and will head to Southwest Australia on the next day, where I will start hiking the Bibbulmun Track which leads 1.000km from Kalamunda (close to Perth) to Albany.